For the fourth consecutive year, young Bro Hyddgen instrumentalists and singers had the pleasure of performing with members of the Welsh Sinfonia Chamber Orchestra in a Crescendo concert conducted by the international conductor Mark Eager. Crescendo involves eighteen members of the orchestra working closely with young orchestral players and school choirs, putting on local concerts to introduce them to the joy of performing in large ensembles, through serious but accessible repertoire

The concert was a resounding success, with the pupils receiving high praise for the professional standard of their performances. Many thanks to the pupils for their hard work and for representing our school so well. Their Music teacher Llio James appreciates their commitment. Thanks also to the peripatetic staff Mr Jean Louis Rimbaud, Mrs Sally Marshall and Mr Steffan Jones for their continued support, and to Mr Tudur Jones for helping with the accompaniment. 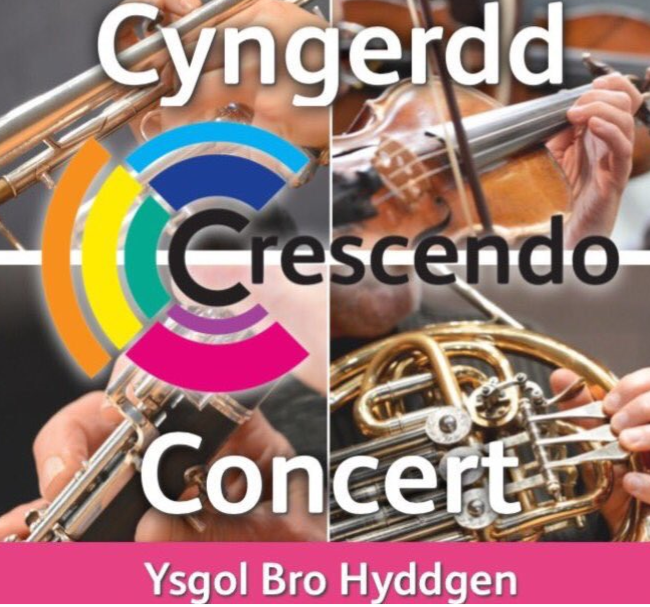 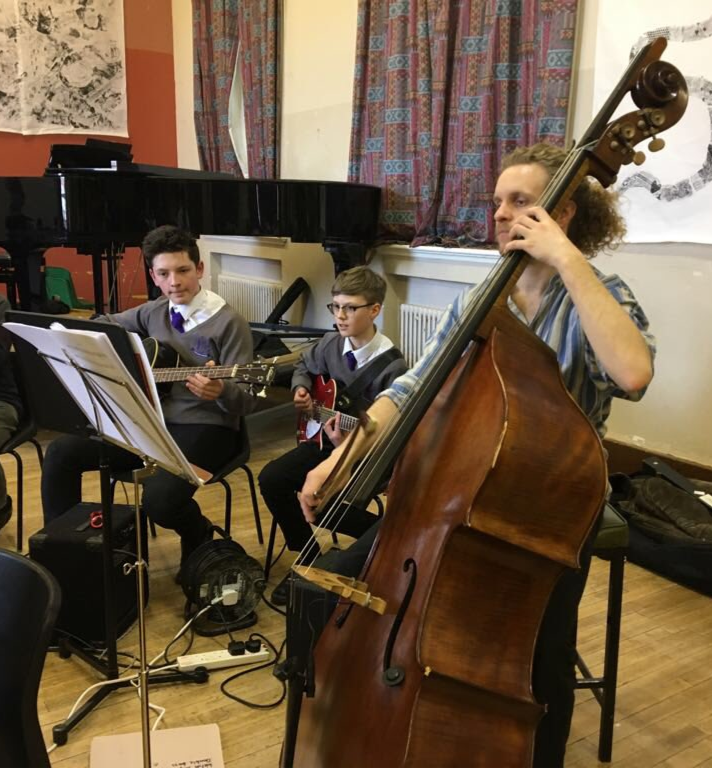